On behalf of our entire family can I please convey our most sincere thanks to you for the way in which you organised the Funeral arrangements for my brother Ray S.

It was so comforting to see how you had arranged for the floral tributes to be displayed and for so closely observing the wishes of our family when following the Order of Service. The entire ceremony went ahead without any problems and we were so pleased to see such a large number of people in attendance at the crematorium.

The number of people who attended the post funeral reception at Bruce Castle Museum, Tottenham, was overwhelming as so many people attended and were keen to speak with myself and other family members and share their memories of Ray. This was testament to how highly he was loved and respected by his friends, neighbours, acquaintances and the people of Tottenham in general.

Many thanks again for your most professional help and support that ensured the day’s proceeding went so smoothly.

Yours sincerely,
Alan S. and family.

I would like to thank you for the professional and caring service provided by Anita and her colleagues for the cremation of my husband Ted on 28th April 2015.

Ted had been terminally ill for some time so I knew I would have to make arrangements for his death but didn’t know where to begin. From the moment I walked into your office on London Road and spoke with Anita, I felt a great weight had been lifted from me. She was so kind, understanding and reassuring. It is rare to find people who genuinely believe in what they do and my family and I were tryuly moved by Anita’s warmth. She took the time to explain every detail of the service to us and advised us on the legalities of taking Ted’s ashes abroad.

From Diana and Theodore

I walked into a place,
Where a smile was in place,
Care is a strong part of that place,
Efficiency a symbol of that place,
For our dead A resting place.

We tried to encapsulate the sheer satisfaction we experienced and a million thank-you’s will not settle the deal. We know that death is part of life and that life is part of death. To us, Anita was a bridge to help smooth the whole experience. The more we tried to describe that bridge, the more we want to say thanks to them. We are forever grateful and we know you will give others the same dignity you gave our dad when they get to that bridge. 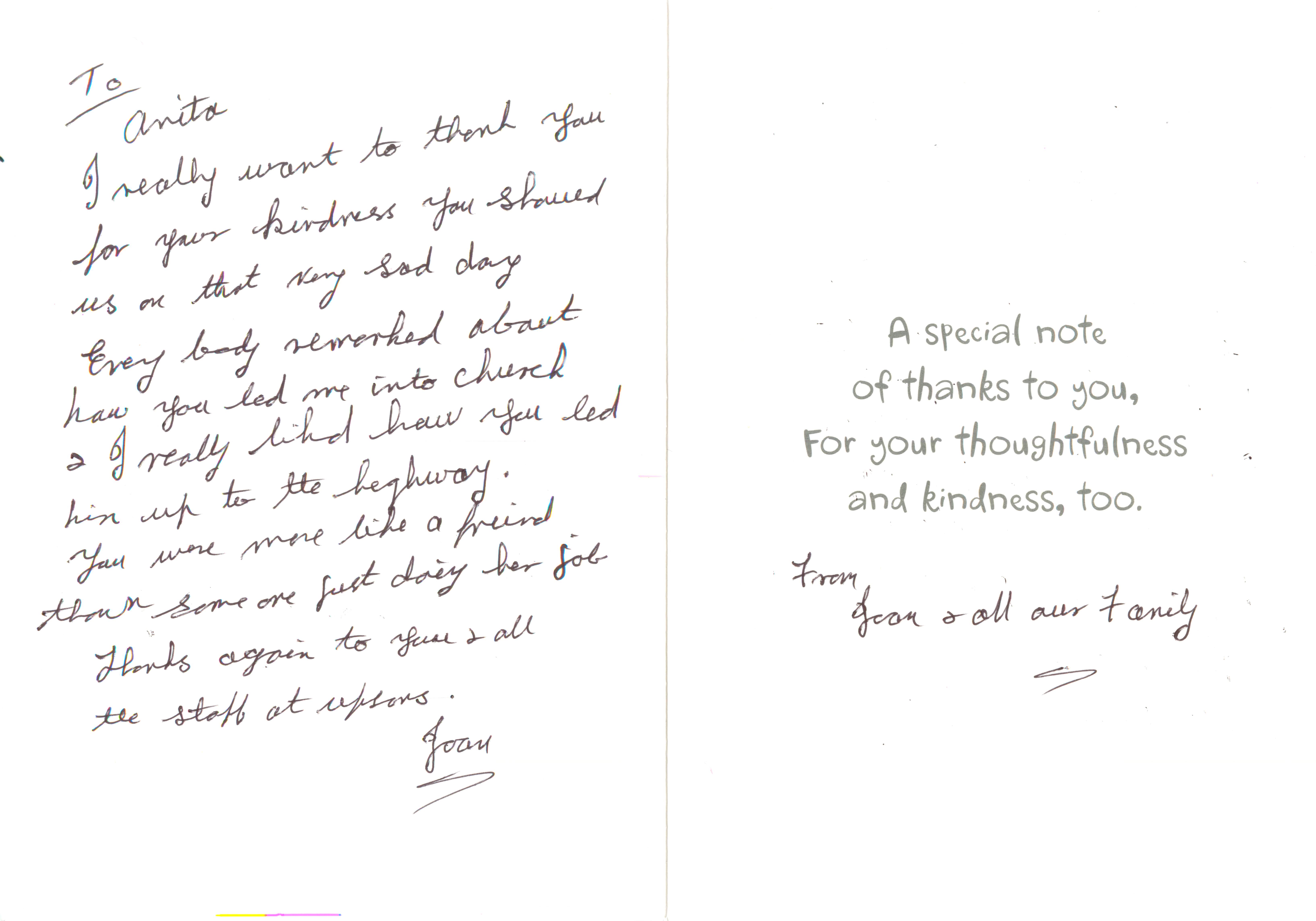